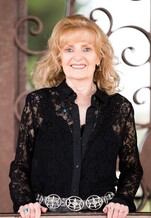 In Memory of
Marilyn
Leyva (Steiner)
1947 - 2022
Click above to light a memorial candle.
Memorial Candle Tribute From
Getz Funeral Home
"We are honored to provide this Book of Memories to the family."
View full message >>>
Send Flowers
Menu 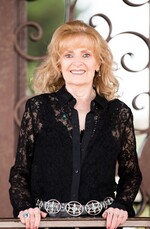 Marilyn Steiner Leyva left this world on November 2, 2022, to rejoin the love of her life, Johnny “Chris” Leyva in eternal rest.

Marilyn was born on November 28, 1947, in Kittanning, Penn., to her parents, Milton E. Steiner and Ada Servey Steiner. After graduating from United Local School in Hanoverton Ohio in 1965, she attended both Mount Union College and Robert Morris College, earning a degree in Business Administration after only three years of study.

Even during her college graduation ceremony Marilyn was already fulfilling her potential as a “sky goddess,” as her sister called it, flying around the country as a flight attendant for United Airlines. She later went on to work for Hughes Airwest, which then became Republic and eventually Delta, where she met the love of her life, Johnny “Chris” Leyva.

She and Johnny wed during a small ceremony surrounded by family and friends in Tempe, Ariz. on October 6, 1979. Together, their work took them to Memphis, Tenn. and later the pair retired together in Las Cruces, New Mexico in 2012.

Marilyn is preceded in death by her husband of nearly 40 years, Johnny Leyva, as well as her parents.

Marilyn is also survived by her niece, Bryanna Wooten of Buffalo, N.Y., nephew Kurt Steiner of Chicago Ill. as well as many other nieces, nephews, cousins, and close friends, all of whom she held close to her heart.

Services honoring the life and legacy of Marilyn Steiner Leyva will be held at Getz Funeral Home on November 19, with a visitation beginning at 9 a.m. and a service officiated by Rev. Jesse Williams at 10 a.m.

The family is asking for donations to the Wounded Warrior Project, Tunnels to Towers and Samaritan’s Purse in Marilyn’s name to honor her time on Earth.

“A woman’s strength is most potent when robed in gentleness,” - Marilyn Steiner Leyva’s yearbook quote, 1964

To send flowers to the family or plant a tree in memory of Marilyn Leyva (Steiner), please visit our Heartfelt Sympathies Store.