In Memory of
Neil Evan
Weinbrenner
1937 - 2022
Click above to light a memorial candle.
Memorial Candle Tribute From
Getz Funeral Home
"We are honored to provide this Book of Memories to the family."
View full message >>>
Send Flowers
Menu 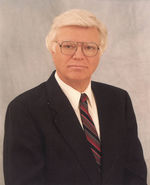 Neil Even Weinbrenner was born on June 9th, 1937. He passed away on June 5th, 2022, at 84 years of age after a long life of academic, career and personal striving. He earned a bachelor’s degree in business, master’s in history and doctorate in law. He built a 12 person Las Cruces (LC) law firm. He became president of the New Mexico State Bar Association and Chairman of Memorial Medical Center in Las Cruces.
Neil graduated from UTEP with honors; at UT Law School he won the Moot Court Competition before the Supreme Court. He practiced law in El Paso for 5 years and in Las Cruces for 45 years. He travelled to 13 countries and 42 states. He received his master’s degree in history at NMSU after retirement.
Beyond the daily grind, Neil enjoyed sports, arts, and travel. He loved watching football and basketball games with friends and family. He often donated to the Wounded Warriors Project and Tunnels to Towers. He acted in the Las Cruces Community Theater and wrote all manner of stories. He was best known though for his singing voice. He serenaded close friends and family to cheer them up with songs like ‘Raindrops Keep Falling on My Head’ and ‘Close to You’. Even in the final stages of his dementia and Alzheimer’s, caretakers were treated to his cheerful songs and whistled tunes.
Neil Even was preceded in death by his wife Eddie Faye, three half-sisters and daughter Tracey. He is survived by his three children, Judith, Lance, and Kristy and three grandchildren: Kristen, Sierra, and Holly.
Neil’s memorial will start at 11 a.m. on June 13, 2022, at Funeraria del Angel Restlawn (8817 Dyer St, El Paso). Immediately following the memorial Neil will be laid to rest across the street at Restlawn Memorial Park.
In lieu of flowers, the family requests donations be made to Alzheimer’s Association at https://www.alz.org/ or Mental Health Organization at https://nami.org/Home.

To send flowers to the family or plant a tree in memory of Neil Evan Weinbrenner, please visit our Heartfelt Sympathies Store.