In Memory of
Gerald Mc Vey
Hawkes
1943 - 2022
Click above to light a memorial candle.
Memorial Candle Tribute From
Getz Funeral Home
"We are honored to provide this Book of Memories to the family."
View full message >>>
Send Flowers
Menu 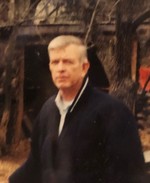 Jerry was born on July 18, 1943 to Sybil and Gerald M. Hawkes. Jerry had one sister, Jean Stafford (deceased) and two brothers, Steve and Tom Hawkes. On April 10, 1964 he married the love of his life, Sharon Ann Jones in Tucson Arizona and spent almost 58 years embarking on one adventure after the other. Jerry was the first in his family to attend and graduate from college, graduating from the University of Arizona in 1967, with a Bachelor of Science degree in Range. He received top honors within his graduating class.
Jerry spent 35 years with the United States Forest Service. These 35 years took he and his family to South Dakota, throughout Wyoming, Utah and culminated in Ruidoso, NM where he served as the District Ranger for the Smokey Bear. The awards and recognitions he received were numerous, but his true love throughout his career was serving the people of the region, improving the rangeland resource and mentoring those he worked with. His dedication to each community he served was noted in Ruidoso, NM where he was named “Greatest Forest Ranger Ever”.
His passion in life revolved around faith and family. Jerry loved his Lord and Savior and is learning his way around heaven now. Spending time with his family was far and away his favorite pastime. Jerry spent a lifetime of having fun with his family. Countless hunts, trips, backyard games of ball and huge family dinners were common at the Hawkes house. Of course, the games were always better for Jerry if he won, and often his family learned the rules of the game as it was going. These rule changes often helped Jerry win at cards, basketball, baseball or any other game. He was the master at mixing a competitive spirit with fun. Jerry’s sense of humor was legendary throughout his family and professional career. A great deal would make him smile, and Jerry always saw an insurance claim as an opportunity. He enjoyed life, loved his family and had a very successful career.
He loved the outdoors spending time hunting and fishing with his family. Jerry was an avid sportsman that enjoyed packing into the wilderness for many hunts. He was a very successful hunter, and passed his love of the outdoors to his family and friends. His trophy room has always been a point of conversation for all that were able to see it. Ultimately, his lifetime collection will be displayed at a wildlife museum.
Jerry served as a deacon at Scripture Baptist in Las Cruces. His love for the Lord was easy to recognize throughout his life. Jerry and Sharon committed many resources to support children and families in need across the community, state and world. Giving back was simply what they have always done.
Gerald. M. Hawkes Jr. is survived by his wife, Sharon A. Hawkes, Radium Springs, NM, his children Jerry (Luz) of Evansville, WY, Melissa Jackson (Fred) and Troy (Amy) McHenry, IL. Jerry is survived by 7 grandchildren, 2 great grandchildren, many nieces, nephews, and brothers and sisters in law that he counted as his immediate family.
The service will be at Scripture Baptist Church in Las Cruces, NM on April 16th at 11 AM. Pastor Brad Gartrell will officiate the ceremony. Interment will take place at the Masonic Cemetery in Las Cruces, NM. In lieu of flowers please consider donating to St. Jude Children’s Research Hospital.

To send flowers to the family or plant a tree in memory of Gerald Mc Vey Hawkes, please visit our Heartfelt Sympathies Store.