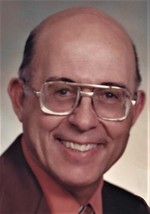 LAS CRUCES, NM – HENRY RACHELE, age 91, longtime resident of Las Cruces, died Thursday, April 15, 2021. He was born August 8, 1929, to Salvatore and Rosina Marchese Rachele in Helper, Utah.
Henry graduated from Carbon High School and Carbon Jr. College in Price, Utah, and received his undergraduate degree from Utah State University in Logan, Utah, in 1951. Upon graduation he taught mathematics and physics at Carbon Jr. College for two years, until he was drafted into the U.S. Army. After basic training he was stationed at White Sands Proving Ground near Las Cruces, where he began a career in missile rocket ballistics and related meteorological and optical issues.
He worked as a senior scientist, supervisor, and Technical Director for the U.S. Army Atmospheric Sciences Laboratory at White Sands Missile Range. During his 38 years of civil service, he authored many technical reports, publications and presentations. He completed several university short course studies, graduate studies in meteorology at Penn State University in 1962, and a PhD in electrical engineering at NMSU in 1977. Dr. Rachele received countless awards, honors, citations, and commendations. He taught graduate level courses in electrical engineering and physics at NMSU.
Henry inherited a love of gardening from his Italian immigrant parents. He created lovely landscapes around his 3 Las Cruces homes. One yard included an orchard, a vineyard, and, of course, a vegetable garden. Working together in the gardens with his family was a special activity that they will always remember, along with the A&W root beer treat afterwards. Like his parents before him, he was able to pass on his love of gardening to the next generation. The family also has fond memories of the Cloudcroft camping jaunts and vacation trips.
Henry insisted that he could not have achieved all that he did without the assistance of his parents, teachers, adult friends when a young man, his bosses, employees and co-workers, and the support of his family. After his retirement from WSMR in 1993, Henry began his career as a writer. He produced innumerable poems, fairy tales, short stores and life memoirs, which he enjoyed sharing with family and friends. He will be remembered as a kind man with a love for communication and conversation, and for his sense of humor and wit. He continued to reach out to those he loved until his final days. His favorite, oft repeated, motto was, “I tried.”
Henry was preceded in death by his parents; 8 out of 10 siblings, Helen (John) Bradley, Rudy (Donna), Orlie (Ann), Vee (Bob) Cobain, Al, Guido (Dorothy), Mick (Fred) Pearce, Ray (Shirley); and two nieces, Merrilee (Bill) Hatch and Patty Davis.
He is survived by his wife of 61 years Dorothy Hainline Rachele; children Rosanne (Keith) Gill, Doug (Gloria), Liz (Alex Tchernev), Greg, and Gary (Armida). Also surviving are all his grandchildren, Joshua DeLeon, Rachel Gill, Matthew Rachele, Vanessa Rachele, Thomas Rachele, Michael Tchernev, Yeshua Rachele, and Josiah Rachele. Also surviving is brother Sam, age 97, and sister Rosie (Dan) Gillespie, and many cherished nieces and nephews.
At Henry’s request cremation has taken place and a Celebration of Life will be held at a later time. In lieu of flowers the family would prefer a donation be made in his memory to Utah State University – Eastern, 451 East 400 North, Price, Utah, 84501.
Arrangements by Getz Funeral Home, 1410 E. Bowman Ave. Las Cruces, NM 88001. Please visit www.getzcares.com to sign the local online guest book.