In Memory of
Jose A.
Saldivar
2021
Click above to light a memorial candle.
Memorial Candle Tribute From
Getz Funeral Home
"We are honored to provide this Book of Memories to the family."
View full message >>>
Send Flowers
Menu

Obituary for Jose A. Saldivar 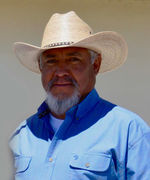 Our beloved husband, father, son and friend to many, Alonzo Saldivar sadly passed away on Thursday March 25th, 2021 at the age of 55. Alonzo was born to Jose “Garras (Rags)” and Leonor Saldivar on February 18, 1966 in Las Cruces NM. Growing up with his older sister Zulema and younger brother George in a little house at Stahmann Farms were some of his best memories. He enjoyed being outdoors surrounded by pecan trees and driving down the long scenic road of Stahmann on the back of his father’s motorcycle. He attended Las Cruces High School, where he met his high school sweetheart Rebecca Sanchez. After 13 years of dating, they married on August 17th, 1997. Their 23 years of marriage was filled with laughter, jokes at her expense and picking fights with each other for fun. Together they raised two children, daughter D’Anna, “Cheekies” and son Orion “J” Saldivar. His children were the light of his life. The devotion he had to his kids meant being on the sidelines of every baseball, football, and basketball game for his son. And there are no words to describe every single thing he did for his daughter. His love for Stahmann Farms since childhood, lead him to later work there as Sally Stahmann Solis’ right hand man. His good work ethic and outgoing personality made him a friend to all who he worked with. Although his job meant a lot to him, he enjoyed his time off by taking trips with his family to Old Tucson, and Ruidoso. He loved watching old westerns, rooting for the Pittsburg Steelers, listening to 80’s rock with his daughter and singing and dancing along to Spanish music. He enjoyed spending time with his father who was also his best friend and eating the lunch his mother made for him every day. Alonzo was a man filled with integrity, compassion, honesty and very generous. He enjoyed making everyone laugh and smile. He will be greatly missed. He is survived by his Wife Rebecca Saldivar, Daughter D’Anna Saldivar, Son Orion Saldivar, Father Jose Saldivar, Mother Leonor Saldivar, Sister Zulema Flores (Danny), Brother George Saldivar (Amber), Niece Yessenia Flores (who he nicknamed Toonya) and Nephew Brennan Saldivar. Services will be held at Stahmann Farms on March 31, 2021 at 2-5 pm. Precession will take place April 1, 2021 at 9 a.m. Starting at Getz Funeral Home leading into and through Stahmann Farms, ending at his final resting place Hillcrest Memorial Gardens.

To send flowers to the family or plant a tree in memory of Jose A. Saldivar, please visit our Heartfelt Sympathies Store.