In Memory of
Matthew Gregory
Reynolds
1955 - 2021
Click above to light a memorial candle.
Memorial Candle Tribute From
Getz Funeral Home
"We are honored to provide this Book of Memories to the family."
View full message >>>
Send Flowers
Menu 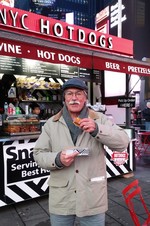 Matthew G. Reynolds was Chief Judge of the 7th Judicial District for the State of New Mexico when he died of an aortic dissection on 06 March 2021. Born on 12 March 1955 he was just days shy of his 66th birthday.
Matt was born in Anadarko, Oklahoma: the fourth of nine children born to Leo “Speck” Reynolds and Nadean Sprouse. He attended Notre Dame University where he earned both a B.A. in ancient Greek and a M.A. degree in Scripture, which included a study abroad experience in Israel. He earned a J.D. from the University of Wyoming Law School. He began law school with wife Susan, toddler Hannah, and newborn Rosemary. The family didn’t have much but they managed to purchase an old car he used to commute to campus. His classmates (out of affection for Matt’s family) would wait to leave the parking lot until Matt’s car was up and running. They didn’t want him lost to the cold and snow for lack of a decent engine. His third child, Samuel, was born between his 2nd and 3rd years. Matt was in the running for top of the class so several students threatened to come jump on the bed with Susan in it to induce labor during exam week. It was all in good fun. As more than one commented, “You are the poorest people here and you are still happy!”
Matt drew happiness from his family and was driven to stay high in the class ranks by the need to support his growing clan.
Upon graduation from Law School Matt moved his family to Alaska. When asked, “Why Alaska?” he’d reply, “I loved Jack London when I was young.” The Reynolds family lived in Alaska six years during which time Matt practiced law as an associate at Hughes, Thorsness, Gantz, Powell, and Brundin; was an assistant District Attorney on Kodiak Island for a winter and spring; and then an associate at Heller Ehrman.
It was while they were in Alaska that son Gabriel joined the family.
From Alaska the family moved to Truth or Consequences, New Mexico where Matt was in private practice for 13 years. He was an advocate for children in Sierra County, serving as Guardian ad Litem on a pro bono basis. He chose not to seek payment for his Guardian work because, “Not taking money allows me to fight for these kids with integrity and ferocity.”
Matt was appointed to the bench by Governor Bill Richardson in summer 2005. He was determined to serve his district and the state with diligence, integrity, at times humor, and a continuing dedication to the well-being of the children in the 7th.
There was nothing lukewarm about the man. He was passionate in his undertakings and wasn’t afraid to express an opinion. He took his legal opinions very seriously. He loved being one of NM’s 13 water law judges and on his own time researched and wrote a history of water law (specifically prior appropriation) in New Mexico.
His accomplishments were many, but Matt never stood on title. He was happy to be called “Matt” instead of “Judge” when off the bench. He made corny jokes (including inventing a pun for each county in New Mexico), had a keen legal mind, looked at the job as a vocation, was proud of his wife and children, and played a mean game of Scrabble. For about eight years he memorized and practiced recitation of passages from Homer’s Illiad and Odyssey in ancient Greek. He loved poetry, especially the poems of Robert Frost, and gave his children a love of the written word.
He was an Okie with a wonderful mind that welcomed a challenge.
Matt is survived by his wife Susan of just about 40 years, his daughter Hannah Reynolds and her husband Marcello Lippiello, daughter Rosemary Rivera, son Samuel Reynolds and his wife Deebee Grace Gallofin, and son Gabriel Reynolds and wife LaTasha Williams. Matt’s four grandchildren Tori Rivera, Calista Rivera, Giuseppe Lippiello, and Caterina Lippiello will miss their grandpa but hopefully tales of his silly jokes and wild antics will keep them familiar with him for many years to come.

To send flowers to the family or plant a tree in memory of Matthew Gregory Reynolds, please visit our Heartfelt Sympathies Store.