In Memory of
Paul Raul
Montano
1939 - 2020
Click above to light a memorial candle.
Memorial Candle Tribute From
Getz Funeral Home
"We are honored to provide this Book of Memories to the family."
View full message >>>
Send Flowers
Menu 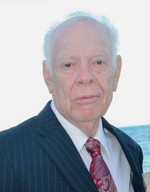 Paul R Montano, age 81 of Mesilla Park, NM was born on August 7th, 1939 in Albuquerque, NM to Apolinario and Margarita Montano.
Our beloved Husband, Father, Grandfather, Brother, Uncle, Godfather and Friend Paul Montano passed from this life after a hard-fought battle with Covid-19 at Memorial Medical Center on December 30th, 2020.
Paul grew up in Corrales, NM. He married the love of his life, Gloria Montano, in 1968 and they spent the next 52 years together.
Paul was the owner of Alto Electric Company and a successful entrepreneur for 50+ years. Throughout his life he was known for mentoring many family members and friends. Paul was forever the optimist and always had words of encouragement for others. His family knew him as a hardworking man that didn’t know how to slow down. He worked full time well into his 70’s and continued to work part time until the age of 78. When he wasn’t working, he enjoyed the simple things in life; family, church, and lots and lots of visiting. He was a master at crossword puzzles and his smart phone. He enjoyed using his smart phone as much as his children and grandchildren. Paul was one who never stopped looking for a good deal and he somehow always managed to squeeze a nickel out of a penny. He had a way with numbers and finance that surprised most people especially since he used only his notepad and the math he did in his head. He loved traveling, dancing to the oldies, joking around and giving everyone a nickname. Paul kept everyone on their toes, and he will be greatly missed but forever in our hearts.
Paul is survived by his wife Gloria A Montano, his four sons, Jasent Montano, wife Kristi Montano, Don Montano, Vincent Montano, and Eric Montano. Grandchildren Cody Montano fiancé Christine Feng, Aurora Cerna husband Jose Cerna, Joseph Trujillo, Micah Montano, Jayden Montano. Great Grandchildren Adrian Montano, Isabella Montano, Aurora Montano, Tristana Montano, Sebastian Cerna and Josie Cerna. Numerous nieces, nephews, and cousins. He also leaves behind his siblings Fita Hernandez husband Ernie Hernandez (deceased), Norman Montano wife Josephine Montano, Benny Montano, Mary Martinez husband Morris Martinez and Ray Montano wife Jolanda Montano.
Paul was preceded in death by his parents Apolinario and Margarita Montano. Siblings Frank Montano wife Josie Montano, Almida Lovato husband Louie Lovato and Max Montano wife Beatrice Montano.
Funeral Services will be held at San Miguel Catholic Church but limited to immediate family due to Covid-19 restrictions. A celebration of life will follow at a later date for all family and friends to attend.
Special thanks to the ICU staff at Memorial Medical Center who sacrifice every day to care for our loved ones fighting Covid-19. Maricella, Jessie, Angel, Thomas, Dr. Benson and Rev Dr Margaret Short our family is forever grateful for the care you provided to Paul during his fight.
Arrangements by Getz Funeral Home,1410 E. Bowman Ave. Las Cruses, NM 88001, 575-526-2419. Please visit www.getzcares.com to sign the local online guest book.

To send flowers to the family or plant a tree in memory of Paul Raul Montano, please visit our Heartfelt Sympathies Store.