To share your memory on the wall of Marion Simms, sign in using one of the following options:

There are no events scheduled. You can still show your support by sending flowers directly to the family, or planting a memorial tree in memory of Marion J Simms.
Plant a Tree

We encourage you to share your most beloved memories of Marion here, so that the family and other loved ones can always see it. You can upload cherished photographs, or share your favorite stories, and can even comment on those shared by others.

Marion Jay Simms. What a good buddy. We were best buds at McMurry College (it is now a university, even though they have fewer students now!) in Abilene before he went to New Mexico State. We were a bit "wild" in those days--in a few fights (I don't remember ever "winning" one), but lots of adventures. We went all over the tarnation in his Ford Torino. We named our son "Jay" in honor of Jay Simms. He was best man at our wedding in Gholson, Texas, in the Waco area, December 31, 1977. I was a United Methodist pastor and had performed the wedding ceremony for him and Cindy in Albuquerque--what year? 1974, '75, '76? He would visit us occasionally when he was traveling around selling Armstrong flooring or video cameras, or whatever. He was a great salesperson with a truly dynamic personality. We also knew his brother Don (a really smart and good guy), who stayed with our family briefly in 1978 in Dallas while I was in seminary.

Jesus loves you. Have a happy day!

Posted Jul 21, 2020 at 06:16pm
Our first meeting was in 7th grade where Jay introduced me to the writings of Ian Fleming—oh how we loved to discuss our hero, James Bond!! I so enjoyed our food visit last September at our class reunion. I’ll see you in Heaven Jay.
Comment Share
Share via:
CH

Posted Jul 18, 2020 at 11:51am
Sarah, I am so sorry to hear of Jay's passing. I am the one that painted the picture of the Books for his birthday last year. He was a great neighbor! God Bless you and the family. Cari Howey-Kelly
Comment Share
Share via:
CH

Posted Jul 18, 2020 at 09:45am
Sarah and Adam,
We are so sorry for your loss. We know it is hard now. Hold on to those memories of a life well lived. God bless you and yours at this time.
The Gasse' family
Comment Share
Share via:
SB 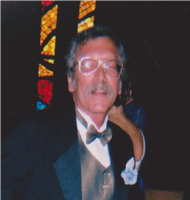