In Memory of
Diana
Lyon
1961 - 2020
Click above to light a memorial candle.
Memorial Candle Tribute From
Getz Funeral Home
"We are honored to provide this Book of Memories to the family."
View full message >>>
Send Flowers
Menu 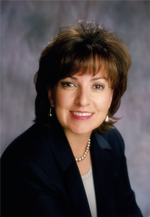 With hearts heavy, faith strong, and a million memories fresh, we bid farewell, for now, to our Diana.
Born December 2, 1961 to Ismael and Jenny Rel, Diana graduated from LCHS, attended NMSU for a spell, then, never one to wait around, jumped directly into life. She found her soulmate in Parry Lyon, and they married, thus beginning a love story for the books.
Within the first chapters, they welcomed their only child, Joshua Lyon, who was of course the light of her life. While raising their son, Diana and Parry also grew their business, Insta-Copy Printing & Office Supplies (later I-C Imaging), where Diana greeted customers, many of whom became fast friends, with that signature smile for some thirty years. Throughout that time, these
two lead characters shared this beautiful life side by side, 24/7, and still loved being alone together.
As the story continued, and the business expanded, they were able to savor many travels abroad, making more friends along the way. Diana’s many passions included Parry, Joshua, her faith, friends, laughter, and LIFE — additionally, she would never back down from a big job, nor could she resist a hula-hoop contest (which she always won). In succeeding chapters, she was gifted with more great loves, her daughter-in-law Vanessa, and granddaughter Kinslea Grace, both of whom she ushered into the family and doted on. Life was good.
As in all epic stories, there were downturns, and the last few chapters were of a heroic fight, coupled with her typical class, strength and love—and at last, the lying down and resting of a weary soul. ’Twas a life well lived, and while this last chapter brings such sadness, there are blank pages waiting to be filled as her family carries her legacy forward, and per her faith, she’ll be watching and waiting to see them again. Thankfully, Diana’s spirit will continue on.
Diana is survived by her husband Edgar Parrish Lyon, Jr. “Parry”, her son Joshua Lucas Lyon(Vanessa Lyon), her granddaughter Kinslea Grace Lyon, her sister and close friend Rosina Church, her brother Ismael Rel Jr., sister Denise Rel & a large extended family. Preceding Diana in death are her parents, her grandparents and many aunts and uncles.
Arrangements by Getz Funeral Home, 1410 E. Bowman Ave. Las Cruces, NM 88001. Please visit www.getzcares.com to sign the local online guest book.

To send flowers to the family or plant a tree in memory of Diana Lyon, please visit our Heartfelt Sympathies Store.