To share your memory on the wall of Frederick Upshaw, sign in using one of the following options:

Frederick Gordon Upshaw, Sr of Las Cruces, NM passed away peacefully at home on Sunday, June 14, 2020. He is predeceased by his father George and mother Ida Upshaw-Jordan, his first wife Laura Maxine Upshaw (Williams), a daughter Debbie and son Gregory. Fred was born in Indianapolis, IN, an only child. He enlisted in the Army in 1958 and served honorably for 25 years until his retirement in 1983. His tours included several to Korea, Greece, Germany and many stateside bases to include Ft. Bliss, TX. After his military service he worked for the Department of Defense at Ft. Bliss before officially retiring in 2002.

He is survived by his wife Alice of Cincinnati, OH, a daughter Rene and son Frederick Jr and his wife Jodi all of Las Cruces. He is also survived by a grandson Carter, granddaughter Avery and their mother Jackie of Indianapolis, IN, several step-children, step-grandchildren and several cousins.

Peepaa had truly amazing stories and experiences he would love to tell about growing up during the Civil Rights Movement, his childhood, military and adult friends and his children. His most beautiful and humorous stories were about the frequent family trips his family would take and the exploits of his children. He loved to fish, enjoyed playing golf, watching Gun Smoke and Special Crime Victims Unit on TV.

The Upshaw family would like to thank Ambercare Hospice and Matrix of Las Cruces, the Las Cruces Veterans Clinic, especially Dr. Jacob, Adriana, Roni and Tommy, Peepaa’s friends and our many friends in Las Cruces, El Paso and Dallas, TX, MO, FL, PA, IN and CA who have provided us much needed support during this time.

Private funeral arrangements will be made by the family at a later time.
Read Less

There are no events scheduled. You can still show your support by sending flowers directly to the family, or planting a memorial tree in memory of Frederick Gordon Upshaw Sr..
Plant a Tree

We encourage you to share your most beloved memories of Frederick here, so that the family and other loved ones can always see it. You can upload cherished photographs, or share your favorite stories, and can even comment on those shared by others.

Posted Jun 18, 2020 at 10:41pm
I am very sorry to hear of the loss of Mr. Upshaw. I knew and worked with his son for many years in Las Cruces, and he, and his family, have our sincere condolences. Mr. Upshaw I'm sure was proud of the son he raised, that I knew, and I hope for consolation for all his family and friends. Rich Libicer.
Comment Share
Share via: 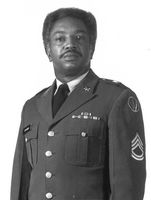