To share your memory on the wall of Jearl Lindley, sign in using one of the following options:

Print
JEARL R. LINDLEY, MD
The man who developed the coronary by-pass procedure, which became one of the most performed procedures in the world, has died.
Jearl R. Lindley, MD, was born on the family farm in Taylor County, Texas, on March 12, 1... Read More
JEARL R. LINDLEY, MD
The man who developed the coronary by-pass procedure, which became one of the most performed procedures in the world, has died.
Jearl R. Lindley, MD, was born on the family farm in Taylor County, Texas, on March 12, 1934 and died in Las Cruces, New Mexico on June 7, 2020 at the age of 86.
While working for his uncle, a veterinarian in Abilene, Texas he made the decision to become a physician. In 1952 he moved from Abilene to Alamogordo to finish the second semester of his senior year in high school. Later that same year he enlisted in the Marine Corps. After boot camp and combat training he received a fleet appointment to the United States Naval Academy. While at the Academy Prep School he met a lovely young woman named Sim Yee stationed there with the Navy. They fell in love and Jearl then had to make a decision – go to the Academy for four years and serve as an officer for at least another four years, or get married and go to Korea at the end of the fighting there. Well, amor vincet omnis and he chose to go to Korea, a decision he never regretted, even though he did receive a shrapnel wound in his thigh. (Sixty years later he removed the shrapnel himself.)
After his discharge he worked for Radioplane at Holloman Air Force Base for a year, then enrolled at New Mexico State University, where he received a BS in chemistry. He was accepted at the University of Colorado Medical School, along with his younger brother, Norman Lindley. After graduation he did an internship at Saint Joseph Hospital in Denver, Colorado, where he made a name for himself as someone who was intelligent, a great diagnostician and a capable physician. Even though he was fresh out of medical school, he was called on by staff physicians for help with problems in patient care. He once saved the life of a woman who was bleeding to death after childbirth at the request of her obstetrician.
After internship he served one year of surgical residency at Saint Joseph, and then was accepted for further study at Rush Presbyterian Saint Luke’s hospital in Chicago. His first year there he developed the coronary by-pass in dogs. Not having a heart-lung machine he was able to suture vessels less than a millimeter in diameter on a beating heart. The dogs survived and did well, but since he was only a second year general surgery resident, the chief of cardiovascular surgery decided not to let him do the procedure on patients. The Cleveland Clinic adopted the procedure and became famous for it.
After his cardiovascular fellowship he went into practice in Denver, but he always wanted to return to this area, so he practiced in El Paso for two years, then moved to Las Cruces, where he remained for the rest of his life,
He served on the board of Memorial General Hospital in Las Cruces at one time. However, his surgical career was cut short when he injured his left hand, so being a person who wanted to stay busy, he attended the Southwestern Law School in Houston and became a lawyer, practicing at the office of John Hakanson in Alamogordo until his retirement.
He lived a full life, traveling the world with his beloved wife, visiting many different countries, including some of the south Pacific islands where major battles were fought in World War II. He was the commandant of the T or C Marine Corps League and was responsible for some very informative programs with special guests, including a Japanese air force ace as well as others.
He was preceded in death by his beautiful wife, Sim, his son Michael, his mother, Hope Mourant, his father, Hardie Lindley, step father Gene Mourant, his brother, Buell Lindley and wife Dovie, his sister, Doris Ruebush and a nephew, Barry Ruebush.
He is survived by his daughters, Katheryn Lee of Colorado Springs, Colorado and Carolyn McMahon of Woodbridge, Virginia, his brother, Norman D. Lindley, MD of Alamogordo, four grandchildren, Daniel, Rebekah and Nathan Whittington of Colorado Springs, and Jericho Arcuri of Falls Church, Virginia, as well as many nephews and nieces, including Roger Lindley, who was his caretaker for the last few years of his life.
There will be no funeral service, and he will be buried at the Fort Bliss National Cemetery next to his beloved “Sugar Babe.”
Arrangements by Getz Funeral Home, 1410 E. Bowman Ave. Las Cruces, NM 88001. Please visit www.getzcares.com to sign the local online guest book.
Read Less

There are no events scheduled. You can still show your support by sending flowers directly to the family, or planting a memorial tree in memory of Jearl Ray Lindley.
Plant a Tree

We encourage you to share your most beloved memories of Jearl here, so that the family and other loved ones can always see it. You can upload cherished photographs, or share your favorite stories, and can even comment on those shared by others. 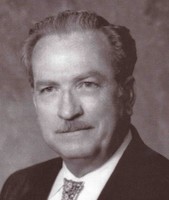