In Memory of
Daniel Ignacio
Correa
1981 - 2020
Click above to light a memorial candle. 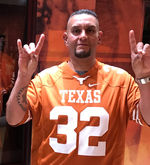 Its with deep sadness and heavy hearts that we announce the passing of our beloved Father, Life Partner, Son and Brother DANIEL IGNACIO CORREA, age 38 lifelong resident of Las Cruces, NM on February 29th, 2020 at University Medical Center in El Paso, Texas. Daniel was surrounded by his Daughter, Family and Friends at the time of his passing.

"Danny" as he was commonly known to his friends and family was a family man who adored and would have done anything for his Daughter Danica M. Correa. Danny worked in just about every aspect of construction and never shy'd away from anything challenging. Dannys fondest memories were being with Family, watching the Texas Longhorns and Los Angeles Dodgers, Listening to Music and most importantly hanging out with his Barber Shop family and having "Barber Shop Fridays"

Danny is survived by his Daughter Danica M. Correa. His life partner Esperanza Guerra, His parents Mario and Rosa Correa and his brother Javier Correa. Grandmother Lidia Correa. His In-laws David and Virginia Guerra His godparents Ruben and Mary Trujillo and Rudy and Delia Costales. Aunt and Uncles; Lalo and Terry Trujillo, Alejandro and Carmen Trujillo and Lencho Trujillo. His cousins Alejandro and Elizabeth Trujillo, Jorge Trujillo and Pat Nieto. Ricky and Valerie Perez and their son Elias, Alejandra Trujillo, Corey Stevens and Jackie Trujillo and their daughters Jada Belle and Eva Rose. His barber Shop family, Joel and Phillip Palomarez, Jordan Baeza,Javier Gamon, Stephanie Alvarado and Evelyn Armendariz. His friends from grade school and into his adult life.

Danny's final request is completed as he will get to rejoin his grandparents Alejo and Aurora Trujillo as well as Florencio Correa.

Visitation will begin at 5PM on Friday, March 6th, 2020 at Getz Funeral Home ,1410 E Bowman Ave. followed by a Prayer Vigil at 7PM. The Funeral Liturgy will be held at 12 PM, Saturday March 7th, 2020 at St. Genevieve's Catholic Church, 100 S Espina St. The Right of Committal and Interment will follow at St. Joseph's Cemetery. A Celebration of Life will follow at 3:30 PM at The Fraternal Order of Eagles, 980 N 17th St, Las Cruces, NM.

Provide comfort for the family by planting a tree in memory of Daniel Ignacio Correa, please visit our Heartfelt Sympathies Store.