To share your memory on the wall of SFC Antonio Rodriguez, sign in using one of the following options:

Provide comfort for the family of SFC Antonio Rodriguez with a meaningful gesture of sympathy.

SFC Rodriguez began his career at Fort Benning, GA where he attended One Station Unit Training as an Infantryman followed by Airborne School. SFC Rodriguez was assigned to Delta Company 3rd Ranger Battalion 75th Ranger Regiment after completion of the Regimental Assessment and Selection Program. Rod deployed multiple times as a team member assigned to Delta Company and in the Battalion Reconnaissance Platoon, Headquarters and Headquarters Company. In 2017, Rod transitioned to the Regimental Military Intelligence Battalion (RMIB) where he attended advanced individual training (AIT) to become a Cryptologic Linguist. After leaving the RMIB Rod was assigned to 3rd Battalion 7th Special Forces Group Military Intelligence Detachment.

Rod enjoyed spending time with his family, friends, and his two Italian Mastiff’s and French Bulldog. He also adored visits with his Mother, Guadalupe, and brother, Christopher. Rod spent most of his free time in the kitchen, he loved to cook gourmet meals for his friends and loved ones. When not cooking Rod and his wife, Ronaleen, would spend their time in the gym working out with each other and their friends. Rod enjoyed powerlifting and endurance workouts. Rod was an avid United States Pistol Shooting Association (USPSA) competitor and attended matches with his wife and friends. Rod’s character was unmatched. There isn’t anything he wouldn’t do for his family, friends, and strangers. He maintained a humble life and excelled at everything that he did.

Provide comfort for the family by sending flowers

The insignias listed here may be subject to copyright and / or trademarked. Those copyrights and trademarks are owned by the respective organizations.

We encourage you to share your most beloved memories of SFC Antonio here, so that the family and other loved ones can always see it. You can upload cherished photographs, or share your favorite stories, and can even comment on those shared by others.

Thomas Hutton, With deepest sympathy, Garney thanks you for your , and others have sent flowers to the family of SFC Antonio Rey Rodriguez.
Show you care by sending flowers

Posted Feb 21, 2020 at 05:16pm
I was so honored and humbled today to be part of the Honor Flight of New Mexico Veterans that were included in Antonio's service. The loss of this great young hero shall not have been in vain . For every American in the past, today, and in the future owes their freedom to the gallant sacrifice that Antonio, as others in the past, as will others in the future will pay for our way of life. May our loving God ease the pain your hearts.
Bill Hart, VietNam Veteran, U.S. Army, Honor Flight of Southern, NM. Mission 13
Comment Share
Share via:
KC

Posted Feb 20, 2020 at 03:46pm
Lupita,
I am so sorry for the loss of your son Antonio, Edward and I are sending our condolences and we will keep you and the family in our prayers.
Edward and Karen Carrasco
Lubbock, TX
Comment Share
Share via:
HS

Flowers were purchased for the family of SFC Antonio Rodriguez. Send Flowers

Posted Feb 19, 2020 at 07:07pm
Rod, we'll miss you brother. You're time was obviously too short, but the impact you've made on my life and others is beyond words.

With deepest sympathy, Garney thanks you for your

With deepest sympathy, Garney thanks you for your purchased flowers for the family of SFC Antonio Rodriguez. Send Flowers 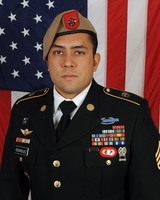 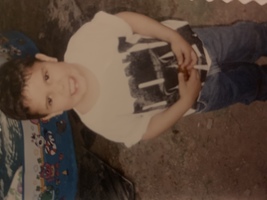 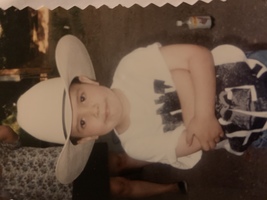 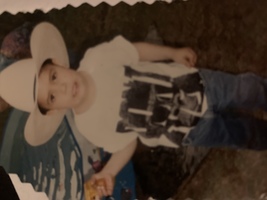