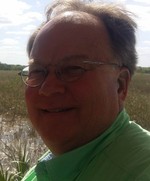 An undergraduate astronomy and physics major who built a telescope for his own personal use, “Bobby” read encyclopedias for “fun,” taught high school science, studied for and passed the first-year bar exam, and was accepted to medical school as one of the U.S. Army’s first Health Professions Scholarship Program recipients. After earning an M.D. from Georgetown University School of Medicine in 1976, Robert completed his medical internship and psychiatry residency at Walter Reed Army Medical Center in 1979.

Major Buckler served at Walter Reed Army Medical Center and Fort Riley, Kansas, in the United States Army from 1976 to 1983. He taught seven years as a Professor of Graduate Psychology at Western Baptist Seminary. Subsequently, while holding a professor position at George Fox University’s graduate psychology department, he also practiced as a clinical psychiatrist specializing in forensics and addiction and spent over twenty years serving both adults and juveniles in the Multnomah County correctional system.

Bob’s Christian faith was deeply held, yet neither obtrusive nor abrasive. He loved science, philosophy, history, technology, books, higher education, and apologetics (defense of the Christian faith through rational argumentation and discourse). He supported the Church both literally and figuratively. His most publically notable project was the Old Laurelhurst Church in Portland, Oregon, which he and Deborra bought to rehab out of a sense of calling. Over their twenty-seven years living there, they transformed it from a decrepit, old building to a beautiful and renowned landmark – hosting over 700 weddings and housing a dozen congregations from multiple cultures and denominations in the process.

Bob had over six feet of strong warm presence, a beautiful bass speaking and singing voice, perpetual optimism, good humor, and more patience than Job. He was the sort of person strangers were comfortable approaching and patients felt safe confiding in during his more than forty years practicing as an adult and adolescent psychiatrist with specialties in forensics, addictions, and the integration of spirituality and psychiatry.

Ever the physician even in retirement, Bob accurately diagnosed his own heart attack moments after it occurred. He left this world in an ambulance, still in good humor and thinking more of others than himself: he helpfully carried himself down the stairs, out the door, and onto the gurney, reminding Deborra not to let the cats out.

The greater a man is, the more his absence is felt, and we (his wife, children, and extended family) feel his absence very strongly. Our lives are inexpressibly better having known him, as are the lives of the thousands of persons – patients, students, family, and friends – who crossed his path. From Robert’s favorite Bible book, Hebrews (6:19): “This hope we have as an anchor of the soul, a hope both sure and steadfast.”

Funeral services will be held at 11 a.m. on Friday, January 31st at University Presbyterian Church in Las Cruces, New Mexico. Burial at Fort Bliss with military honors will follow. The family has asked that, in lieu of flowers, donations be given to the CMDA (Christian Medical & Dental Assn.) Psychiatry Section. Gifts can be labeled “commemorative gift on behalf of Dr. Robert Buckler” and mailed to CMDA Psychiatry Section, 2781 Hunting Hill Lane, Decatur, GA 30033, or online by going to cmda.org, clicking on "Donate", and then selecting the Psychiatry Section on page 4 of the pictured specific ministries.
Arrangements by Getz Funeral Home, 1410 E. Bowman Ave. Las Cruces, NM 88001. Please visit www.getzcares.com to sign the local online guest book.