To share your memory on the wall of Jack Stradling, sign in using one of the following options:

Provide comfort for the family of Jack Stradling with a meaningful gesture of sympathy.

Jack grew up on a farm outside Springerville, Arizona, a surprising late addition to a family that loved him dearly, with a brother 14 years older and a sister 11 years older. When he was five, he watched his brother work on cars and contributed to the effort by cleaning the carburetors and scrubbing the rust from parts. “I never realized I was being handed the stuff no one else wanted to do,” he joked. He did eventually get to do overhauls himself and continued to work on cars all his life. By the time he was eight, his dad’s job driving a gasoline truck for Whiting Brothers kept him on the road for days at a time, and Jack would be left with a jobs list: mowing, milking, mending fence, driving a tractor, all the jobs that keep a farm running. His independence and his work ethic were instilled at a very young age. He graduated with a degree in mechanical engineering from NMSU while working as a co-op student at White Sands Missile Range. Upon graduation, he began working for NASA on the Apollo and space shuttle programs at the then-brand-new White Sands Test Facility. On the side, he ran a charter plane service for a number of years and continued to fly as a private pilot until the late 80’s. After retiring from NASA in 1992, he started a whole new career as a consultant, engineer, machinist, inventor, and all-around go-to problem solver for WHA International.
In May of 1974, mutual friends introduced him to Ann, the woman he would marry less than two months later. It was a love that lasted and shaped the rest of his life.

Jack is survived by Ann, his wife of 45 years, his daughter Tamara Burden and her children August and Joshua, and his son’s children Alia, Seth and Loren. He was preceded in death by his son John, his parents Paul and Muriel Stradling, and his siblings Norwyn Stradling and Bonnie Beazer.

A memorial service is planned for 2 pm Friday, January 17th, 2020 at Getz Funeral Home, 1410 E. Bowman Avenue, Las Cruces, New Mexico. Immediately following the service there will be a gathering for friends and family at the family home.
Read Less

Provide comfort for the family by sending flowers

We encourage you to share your most beloved memories of Jack here, so that the family and other loved ones can always see it. You can upload cherished photographs, or share your favorite stories, and can even comment on those shared by others.

The Lovasz Family, Bennett Family, and others have sent flowers to the family of Jack Stradling.
Show you care by sending flowers

Posted Jan 16, 2020 at 03:01pm
Wishing you peace to bring comfort, courage to face the days ahead and loving memories to forever hold in your hearts.

Posted Jan 15, 2020 at 10:06pm
Our heartfelt condolences for your loss as Jack is irreplaceable. If there s anything I can do to help, let me know and I will be there.

Posted Jan 15, 2020 at 03:49pm
Our hearts are breaking with yours for the loss of Jack. We treasure the memories of family times. We are here we are family and we love you.

Mike and Phyllis purchased flowers for the family of Jack Stradling. Send Flowers

Posted Jan 13, 2020 at 10:51pm
I will never forget the eighteen years that I had the privilege of being your next door neighbor. I can't begin to list all of the projects and repairs you taught me how to do. The most memorable day was when I became smart enough not to me a safety hazard and you gave me access to the shop. There was no limit to what you would to help others, even interrupting your own work to help them. Jack was a unique individual and the most overall intelligent person I have ever known. He will be greatly missed by all who have ever known him. No one could ever have a better friend.
Comment Share
Share via: 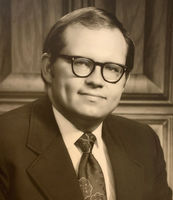