To share your memory on the wall of Charles Wagner, sign in using one of the following options:

In his life Charles has done many things including serving his country in the U.S. Navy, traveling the US as a truck driver, being a Master Mason and fulfilling his lifelong dream of becoming a teacher filling the hearts and minds of youth to bring a better tomorrow. Among his teaching accomplishments include his involvement in bringing the MESA- math, engineering, science and art program to the Las Cruces Schools and the Thank A Cop Campaign.

Those who had the pleasure to meet Charles know he was a God fearing man who lived life by his own terms. He was an advocate for Veterans through the group Ride For Vets, Combat Vets Association and felt most at peace riding his motorcycle.

His love of riding motorcycle and goal to reach all across the US, will be continued by his family and friends in many rides to come. Charles will be cremated and his remains will be scattered by his loved ones.

One last ride, one last run, as he is welcomed to Heaven greeted with open arms by ones loved and lost to us. Never alone, never wanting, but at peace and always in our hearts.
Read Less

There are no events scheduled. You can still show your support by sending flowers directly to the family, or planting a memorial tree in memory of Charles "Ziggy" Wagner.
Plant a Tree

We encourage you to share your most beloved memories of Charles here, so that the family and other loved ones can always see it. You can upload cherished photographs, or share your favorite stories, and can even comment on those shared by others.

Posted Jan 05, 2020 at 12:56pm
Sorry for your loss to the Wagner family.
Chuck, haven't seen you since high school, good times and fond memories.. You did good in life and i'm proud to have known you!
I know RAW's proud too and was there to welcome you home.
Until we meet again,
Your friend Bill
Chambersburg, Pa
Comment Share
Share via: 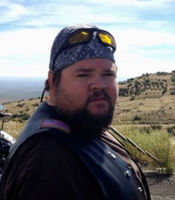 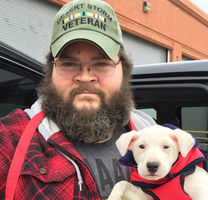