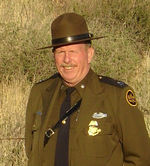 To send flowers to the family of John Carter, please visit our Heartfelt Sympathies Store.