In Memory of
Edward A
Farris
1926 - 2019
Click above to light a memorial candle.
Memorial Candle Tribute From
Getz Funeral Home
"We are honored to provide this Book of Memories to the family."
View full message >>>
Send Flowers
Plant a Tree In Memory of Your Loved One
Click Here
Menu

Obituary for Edward A Farris 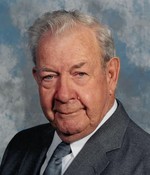 Edward Ainslie Farris passed away peacefully on December 20, 2019. He was born February 8, 1926 in Edmonton, Alberta, Canada to Edith Weber and Elza Farris. He was the second of their six children and spent his youth in the Pacific Northwest, especially in Bellingham and Everett.

Ed joined the Merchant Marine in 1942 because he was too young to join the Army, and served aboard six merchant vessels until 1944, making three around-the-world voyages under combat conditions before his 19th birthday. When he was old enough, he joined the Army from 1944 -1946; when the war ended, he was placed on inactive duty in the Reserve. He was recalled to active duty from 1950 through 1954, serving as a linguist and counterintelligence agent in the US and in Italy. He later served in the National Guard in California and New Mexico, retiring in 1974 as a Lieutenant Colonel after 29 years.

Ed earned a BS in Political Science with a group major in Criminology from UC Berkeley in 1949 and was a member of the pioneering Berkeley Police Department from 1949 through 1957. He served as the director of law enforcement training at College of the Sequoias in Visalia, California from 1957 through 1962. In 1962 he was recruited to initiate the Police Science department at NMSU and headed the department until 1971. He was awarded a Master of Criminology degree from UC Berkeley in 1965, and continued teaching until his retirement in 1986. The department had 12 majors at its inception, and there are about 600 students currently. Many early students have gone on to distinguished careers in law enforcement, teaching, and the law. Ed also consulted with many organizations interested in professionalizing their training.

Ed loved to travel; while serving in the Merchant Marine and while stationed in Europe, he took the opportunity to visit many interesting sites. He and Patsy visited most of the States in the country, as well as many other countries. Every summer the family, including the dog, took road trips and camping vacations, leading to many happy memories.

He is survived by his four children: Janet (Mark) Drexler of Las Cruces, Gayle Geele of Phoenix, AZ, David (Georgia) of Espanola, NM, and Douglas of Richland, WA. He is also survived by 13 grandchildren and 2 great-grandchildren, as well as many nieces and nephews.

He was predeceased by Patsy Ruth, his wife of 63 years, in 2011. He was also predeceased by his parents, as well as his three sisters and two brothers, and a great-granddaughter.
Cremation will take place and Ed’s remains will be laid to rest at the National Merchant Marine Cemetery at Ft Stanton in the spring.

The family wishes to thank Heritage House staff and Mesilla Valley Hospice personnel for their excellent, compassionate care and support for Ed; they were a blessing for his family. Contributions may be made in his honor to either of these organizations, or an organization of your choice.
Pictures and stories will be available in the Memory Book at www.getzcares.com. Family and friends are also welcome to post for all to share.

To send flowers to the family of Edward A Farris, please visit our Heartfelt Sympathies Store.