In Memory of
Vesta
LaRue
1939 - 2019
Click above to light a memorial candle.
Memorial Candle Tribute From
Getz Funeral Home
"We are honored to provide this Book of Memories to the family."
View full message >>>
Send Flowers
Menu 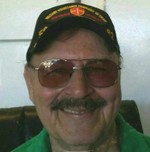 SSG. Vesta Lee La Rue died surrounded by loved ones on October 21, 2019 at home in Las Cruces, NM at the age of 80.
One of the greatest days of this world was August 8th, 1939, when Lee was born in London, Kentucky to Vesta and Mary. Lee, as he went by graduated from London High school in 1958 and joined the U.S Army directly. He graduated basic training out of Ft. Benning, GA in 1959. He transferred to Germany and was stationed there until 1963 then he returned to Ft. Benning until 1965. Lee’s life would be forever changed when he was transferred to Honolulu, HI. It took only a few weeks before he shipped out to fight in the Vietnam war. If you knew Lee, once was never enough. He fought two tours in Vietnam, and he managed to survive numerous ambushes and sieges in a land he never saw before, not to mention the occasional friendly fire. After Vietnam, Lee was stationed in Germany until 1968. Lee transferred to Fort Lewis, Washington in 1968 and was there until 1975. He then went to Holland where he was tasked with operating 32 apartments for military personnel.
While in Holland he met the love of his life. She would stay by his side until his very end. Lee and Tilla were married on October 12, 1977 and Brian was born soon after. In 1979, Lee brought his family to the United States. White Sands Missile Range would be his final duty station. Will (Wilhelmus) was born in 1980 and Lee and Tilla would raise their family and live at W.S.M.R until 2013. Lee came home on hospice on their 42nd anniversary.
Lees favorite time of year was Christmas. He loved to decorate inside and out. His tree had every type of light imaginable, his favorite being bubble lights. He was usually the first one up Christmas day and you could see the joy he felt from seeing his family and friends opening their gifts he got them. We will miss his Christmas Kentucky Jam Cake.
Lee is survived by his wife Mathilda (Tilla) his guiding lights were his children, Linda McFadden MD, Brian (Sylvia) of AZ, Wilhelmus (Melissa) of AZ and Seth La Rue of NM. He also leaves his grandchildren, Christina, Eddie, Tatiana, Juanluis, Ethan, Natalee and Cannon all of AZ.
He is preceded in death by his parents Vesta La Rue and Mary Singleton KY.
A visitation will be held at 9am Friday, November 1, 2019 at Getz Funeral Home, with service to follow at 10am with Reverend Joseph Trammel officiating, Burial will follow at Fort Bliss National Cemetery with full Military Honors. All are welcome to attend and celebrate Lee’s life as he would want us to.
Arrangements by Getz Funeral Home, 1410 E. Bowman Ave. Las Cruces, NM 88001. Please visit www.getzcares.com to sign the local online guest book.

To send flowers to the family or plant a tree in memory of Vesta LaRue, please visit our Heartfelt Sympathies Store.