To share your memory on the wall of Alfredo Garcia, sign in using one of the following options:

Provide comfort for the family of Alfredo Garcia with a meaningful gesture of sympathy.

Alfredo was born to the late Guadalupe Garcia and Martha Hidalgo Garcia, in Las Cruces, NM on October 21, 1929. He attended Las Cruces Union High School, and later enlisted in the United States Army. After being honorably discharged, he was hired by the Doña Ana County Sheriff’s Office as a dispatcher, then promoted to field deputy, and was elected as the youngest Sheriff of Doña Ana County.

In 1963, after his term ended as sheriff, he was hired on as a detective by the Las Cruces Police Department’s, Chief Ben Silva. Later, he was promoted to sergeant and was in charge of the Criminal Investigation Division until his retirement in 1984. He returned to the Doña Ana County Sheriff's Office for four years on part-time basis. Alfredo was proud of his 39 years of total service in Law Enforcement.

Alfredo married Otilia Eres Garcia and blessed with a loving family. He was an avid camper, fisherman, and hunter. Alfredo was an educator at heart in the field of criminal investigations and developed his own forensic tools. He was kind and soft-spoken, and always had time to answer a question or solve a problem, no matter how small.

Alfredo enjoyed going to McDonald’s during his pre- and post-retirement time to enjoy coffee with friends, and when he no longer could drive, his nephew Danny would take him to the monthly retiree meetings. Alfredo was looking forward to attending this year’s Las Cruces Police Department Reunion, and was going to be presented with an award for the Oldest Retired Las Cruces Police Department Detective for a second time.

He is preceded in death by his wife Otilia, grandson Jason, his parents Guadalupe and Martha, stepmother, Carmen A. Garcia, his brother Lupe Garcia Jr., his sister Mary Helen Garcia, brothers-in-law Alfred G. Barrio, and Robert D. Eres. Alfredo will be dearly missed by his family, friends, and fellow law enforcement personnel.

A Rosary is scheduled for Friday, October 11, 2019 at 9:30AM at St. Genevieve’s Catholic Church with the Funeral Liturgy to follow at 10:00AM. Interment will be at St. Joseph Cemetery.
Read Less

To send flowers to the family or plant a tree in memory of Alfredo H Garcia, please visit our Heartfelt Sympathies Store.

We encourage you to share your most beloved memories of Alfredo here, so that the family and other loved ones can always see it. You can upload cherished photographs, or share your favorite stories, and can even comment on those shared by others.

Fae and Bill Ghormley sent flowers to the family of Alfredo H Garcia.
Show you care by sending flowers

Posted Oct 10, 2019 at 11:53pm
Uncle Alfredo Garcia, I will miss you terribly, you were my coffee partner for years and years. You paved the way for me to follow your footsteps and because of you I had a 40 year career in Law Enforcement. You challenged me to beat your 39 year career, I felt I was on my hands and knees crawling to beat your record, but when I did, your face lit up with pride. It was priceless. I love you very much my TRUE DAD n HERO

Posted Oct 10, 2019 at 12:42pm
Our deepest condolences, dear family. We loved him dearly. He was one of a kind as a most caring and kind person. The Heavens receives him with joy and blessings.
Rest in peace , dearest friend, compadre and brother in Christ. Till we meet again, you will always be in our hearts and prayers.

Posted Oct 08, 2019 at 04:05pm
Please accept our most heartfelt sympathies for your loss... Our thoughts are with you and your family during this difficult time.

Posted Oct 08, 2019 at 02:46pm
Our thoughts and prayers are with you and your family. Peace, prayers and blessings.

Flowers were purchased for the family of Alfredo Garcia. Send Flowers 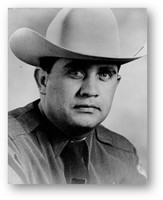 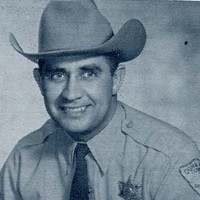