To share your memory on the wall of Robert Faubion, sign in using one of the following options:

He grew up on the family farm with his brother Chuck F... Read More
Robert Carl Faubion age 60 of Las Cruces, New Mexico died peacefully Friday, August 16, 2019, after suffering from a severe stroke in 2018. Born in El Paso Texas, October 2, 1958.

He grew up on the family farm with his brother Chuck Faubion in the north valley where he had fond memories of traveling to their ranch in Lakeside, New Mexico. He and his brother raised Rambouillet sheep and enjoyed showing various livestock at the Southern New Mexico State Fair. He was fascinated by water systems and had one of the first drip irrigation systems in the valley. He served on the Elephant Butte Irrigation District for many years and later as its president. He was a Rotary exchange student to Australia and later returned to study their irrigation processes. He graduated from NMSU with degrees in Animal Husbandry and Agricultural Economics and later served as president of the NMSU Alumni Association. He loved Cholla Bay, Mexico where he visited the family cabin often. It was there that he met his wife, Kathy and they were married the next year. They have two sons, Spencer 29, and Roger 27. Many a family trip was enjoyed visiting Kathy’s childhood home in Palos Verdes, California. He loved watching his sons compete in athletic events at Mayfield high school. His love of farming began early; for many years in the north valley, he grew cotton, chile, lettuce, onions, corn, and alfalfa. He once surprised Kathy with a four-row cotton picker for her birthday! He had a passion for flying and earned his private and commercial pilots licenses at 22. He earned his aerial applicator Pilots certificate at 24 and operated a crop dusting service in the valley. He flew his son Spencer to the Oshkosh Experimental Aircraft annual fly-in in Wisconsin, and later his son Roger to watch the Green Bay Packers. He loved hanging out at Las Cruces airport with his buddies, flying aerobatics in his RV-4, and enjoying a Red Enchilada at Spanish Kitchen with his cousin Russell Bamert on Fridays.

He is preceded in death by his parents Carl and Joan Faubion, and his brother Chuck. He is survived by his wife Kathy of 32 years, his sons Spencer and Roger, his nephews Blake Faubion and Chad Faubion and wife Shelby, His sister-in-law Gaye Ferguson Faubion and brother-in-law Brent Westmoreland, parents in law Ken and Susan McNeill. Kathy’s brothers Robert McNeill is Brooklyn, NY and Liam McNeill of Palos Verdes Ca.

To send flowers to the family or plant a tree in memory of Robert Faubion, please visit our Heartfelt Sympathies Store.
Print

We encourage you to share your most beloved memories of Robert here, so that the family and other loved ones can always see it. You can upload cherished photographs, or share your favorite stories, and can even comment on those shared by others.

Posted Aug 20, 2019 at 07:00pm
Our deepest sympathy on Roberts passing. He was a good man. His work, council & contributions to the water community will benefit future generations.

Posted Aug 20, 2019 at 06:04pm
Sending our deepest sympathies and the hope of peace and healing during this difficult time.

Flowers were purchased for the family of Robert Faubion. Send Flowers 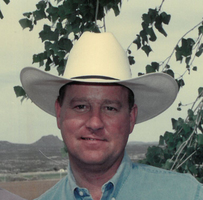