Obituary for John B. Fleming 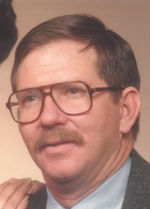 John (Jack) B. Fleming, beloved husband, son, father, finished his journey on this earth and went home to his Lord. On this side, he left his wife, Dolores, son Clint, grand kids, Michael, Caitlin, and John. On the other side he was received by his parents, Robert and Jane, and daughter Deborah.

Jack was a patriot retiring from serving his country in the Air Force and the Department of Justice winning numerous commendations for his work as a Special Agent in internal affairs as well as a fire arms instructor. He even served as an Air Marshal after 9/11. His early career included time as a Border Patrol Agent where he treated everyone he apprehended with respect and dignity. Jack received a degree in chemistry, and was well-read in everything from the classics to textbooks on microbiology. As educated as he was, he was so down to earth and humble; always with a smile. This world was a much better place for his having been in it. He will be missed by all who knew him.

To send flowers to the family of John B. Fleming, please visit our Heartfelt Sympathies Store.