In Memory of
Jerry
Loman (Loman)
1945 - 2019
Click above to light a memorial candle.
Memorial Candle Tribute From
Getz Funeral Home
"We are honored to provide this Book of Memories to the family."
View full message >>>
Plant a Tree In Memory of Your Loved One
Click Here
Menu 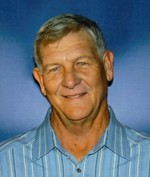 Jerry D. Loman, 73, passed away on Thursday February 7, 2019 at his home in Las Cruces, New Mexico. Jerry was born to George and Margaret Loman on March 14, 1945 in Carlsbad New Mexico one of six children.

Jerry began his lifetime career in construction when he was 19 years old with Brown & Root, building power plants and refineries across the United States which led to owning his own construction company, Garland Loman, Inc. Over the next 28 years until his retirement in 2011 his company designed & built many commercial and industrial facilities across the state of New Mexico. Apart from managing his company, Jerry devoted his free time to his family and friends, loved to travel and enjoyed the outdoors where he liked to camp, hike, hunt, and fish. He spent time volunteering within the community and various ministries at Mesilla Park Community Church.

A private celebration of his life will be held on Monday February 11th. Memorial donations can be made in Jerry???s name to Mesilla Park Community Church for outreach ministries or to the charity of your choice.

I know he heard these words as he entered heavens gate. ???Well done, my good and faithful servant (son). Enter now into the joy of your Master (father).???

Provide comfort for the family by planting a tree in memory of Jerry Loman (Loman), please visit our Heartfelt Sympathies Store.