In Memory of
Marshall L
Kummel
1935 - 2020
Click above to light a memorial candle.
Memorial Candle Tribute From
Getz Funeral Home
"We are honored to provide this Book of Memories to the family."
View full message >>>
Send Flowers
Menu 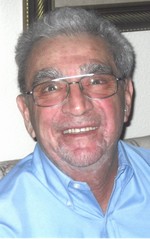 Marshall Kummel passed away in Las Cruces NM on Thursday, May 28, 2020. Marshall was born in Chicago, IL on May 16, 1935. His loving parents were George and Ruth Kummel. He retained fond memories of his grandparents, Nathan and Kate Falk. He was raised in the heart of Chicago’s Lakeview area where he attended both primary and high school (Senn) within the Chicago Public School system. Following high school, he attended and obtained a Bachelor of Science degree in Ceramic Engineering from the University of Illinois in Champaign/Urbana, Illinois. Immediately following graduation, he moved to Detroit, where he worked as an engineer for Ford Motor Co. While there, he married Joan and together they had a son, Gordon. Joan passed away in 1988. Gordon continues to live in Chicago and has enjoyed considerable success as a custom computer software programmer and developer. Marshall does not have any grandchildren.
Following about three years with Ford, Marshall returned to Chicago and went to work for Zenith Radio Corp., where he stayed for eighteen years. During that time, as a manager, he led a team of professionals leading the development and high-volume manufacturing of new state-of-the art electronic components. He worked for another electronic firm in the Chicago area prior to moving to El Paso, TX to accept management positions with electronic firms Allen Bradley and a division of Honeywell, both in El Paso. Following a short retirement period in Prescott, AZ, he returned to professional employment in the Phoenix, AZ metropolitan area until reaching the age of 65. During Marshall’s professional career, he experienced many instances of layoffs due to product obsolescence and corporate restructuring so common in today’s environment. Following retirement, Marshall lived in the Phoenix, Az area for over ten years, with the majority of time in the Active Adult community of Sun City West, Za. During that time, he worked part time as a tax preparer for H & R Block. He moved to Las Cruces, in 2008, while in Las Cruces, Marshall worked as a volunteer tax preparer for the free AARP tax program and a volunteer instructor for the AARP Driver Safety Course program. He was also Treasurer for the Mesilla Valley Jazz and Blues group, although he had no musical talents, at all. After his divorce, many years ago, he lived alone in his own home. Marshall was proud of the fact that long ago; he had learned to be totally self-sufficient. He enjoyed cooking healthy and tasty meals for himself and close friends. He maintained an interest in most national and international happenings and was rather proficient in dealing with the latest technologies of today, including computers and the internet. Marshall was not involved with any organized religion, firmly believing that the quality of an individual was unrelated to his or her spiritual beliefs or faith in a higher being. He firmly felt that all individuals have the total right to believe in any divinity of their choice or no divinity at all.
Arrangements by Getz Funeral Home, 1410 E. Bowman Ave. Las Cruces, NM 88001. Please visit www.getzcares.com to sign the local online guest book.

To send flowers to the family or plant a tree in memory of Marshall L Kummel, please visit our Heartfelt Sympathies Store.