To share your memory on the wall of James Franzoy, sign in using one of the following options:

To send flowers to the family or plant a tree in memory of James G Franzoy, please visit our Heartfelt Sympathies Store.

We encourage you to share your most beloved memories of James here, so that the family and other loved ones can always see it. You can upload cherished photographs, or share your favorite stories, and can even comment on those shared by others.

Helena Agri Enterprises, The Haggards--Beverly, Casey, Andy & Families, and other have sent flowers to the family of James G Franzoy.
Show you care by sending flowers

Posted Sep 19, 2020 at 01:00pm
Our condolences to the Franzoy family our thoughts and prayers are with you and the extended family Kathie, Kassandra
Narciso & Lupe Holguin
Comment Share
Share via:
HE

Posted Sep 17, 2020 at 04:01pm
My Sister Alice once took me to the Franzoy's home to play cards end enjoy an evening of fellowship. Mr. Franzoy made me feel welcome and since I played Hand and Foot with the group I saw his sense of competitiveness. I wish I had known him longer and I know he will be missed very much by his family friends. My sincere condolences to the family.
Becky Diaz
Comment Share
Share via:
TF

Posted Sep 17, 2020 at 01:10pm
Our thoughts and prayers are with you. We will always remember and miss our wonderful friend, James Franzoy. With deepest sympathy

The Haggards--Beverly, Casey, Andy & Families purchased the Truly Beloved Bouquet and planted a memorial tree for the family of James Franzoy. Send Flowers

John, Lucy,Susan purchased the Blooming Garden Basket and planted a memorial tree for the family of James Franzoy. Send Flowers 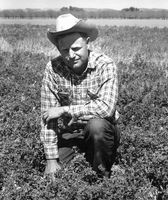 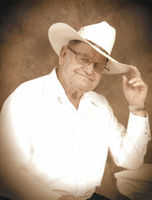