To share your memory on the wall of Thomas Fletcher, sign in using one of the following options:

Print
Thomas Fletcher was born to Fred and Lila Fletcher, March 26, 1926 in Grapeland, TX. His family migrated to Vado, NM where he was to meet his future wife, Helen L. Boyer.

Thomas (better known as “Tom”) shared with many that when he f... Read More
Thomas Fletcher was born to Fred and Lila Fletcher, March 26, 1926 in Grapeland, TX. His family migrated to Vado, NM where he was to meet his future wife, Helen L. Boyer.

Thomas (better known as “Tom”) shared with many that when he first saw her, he said, “The Lord is my shepherd, and I KNOW what I want”. So, after serving his country for two years in the US Army, he returned to NM and since he knew what he wanted, their marital union began October 20, 1947.

Tom loved God and was a man of faith. He served 58 years at Bethel Second Baptist Church, 405 E. Hadley, Las Cruces, NM in numerous capacities as Usher Board President, Laymen’s President, a trustee as well as sang in the choir. He was highly favored with a position with Raytheon/White Sands Missile Range, working as a Supply Manager, from July 21, 1958, retiring July 31, 1991, where he received many accolades.

As a successful little league coach, he won championship titles for the Washington Heights Elementary School baseball team. Many of the young players he coached expressed how he was the best coach they ever had. He was a HUGE lover of sports, especially of the Dodgers and Lakers. When asked to be a time-keeper for New Mexico State University’s Aggie basketball team under Coach Lou Henson, one could have heard a loud “yes” from him, because he loved the Aggies. He felt honored to be of service to them.

God called his good and faithful servant home, Saturday evening June 13, 2020. Tom will greatly be missed on earth; however, we rejoice as he is reunited with his beloved wife of 70 years, his parents, siblings, and many, many friends. He leaves behind his sister, Gladys Kennedy (Joe) (Bakersfield, CA), four daughters, Linda McClain ( Austin, TX), Bessie Fletcher, Karen Richardson (Yaseen) and Pamela Fletcher, all of Las Cruces, NM; four grandchildren, Evelyn Williams (Austin, TX), Jeffrey Thomas Fletcher, his namesake (Douglasville, GA), Tanisha O’Bannon (Reggie) (Austin, TX), and Jermaine Menefield (Beverly) (Las Vegas, NV); his Godchild, Brittany Laws (William) (Denham Springs, LA), the Boyer family who treated him like a son, a brother, and a host of nieces, nephews, cousins and friends.

To honor his love of sports, we ask that you wear your favorite sports jersey, if you are planning on attending. Please keep in mind that due to COVID-19, the funeral home will only be able to operate at 25% capacity and a mask is also required.
Funeral arrangements are being managed by Getz Funeral Home. Friday, June 26, 2020. There will be a live streaming for viewing at www.getzcares.com, select “Streaming services” you will be directed to Facebook for a live streaming viewing at 11:30am (MST) as the viewing will be private for family members. The service will begin promptly at 12:30pm (MST).
Read Less

To send flowers to the family or plant a tree in memory of Thomas Fletcher, please visit our Heartfelt Sympathies Store.

We encourage you to share your most beloved memories of Thomas here, so that the family and other loved ones can always see it. You can upload cherished photographs, or share your favorite stories, and can even comment on those shared by others.

Love, Teresa (Terri) & Tricia Fontenette, Darrell & Brenda Almon, and other have sent flowers to the family of Thomas Fletcher.
Show you care by sending flowers

Posted Jul 26, 2020 at 05:12pm
May, Jehovah God, Bless, The Fletcher Family, at this time, and in each and Everyway They stand in need of, With our Deepest Condolences,.
Velma Hamilton And Family!
Heaven Just Received, A Truly Blessed Angel!

Posted Jul 05, 2020 at 08:19pm
condolences to the family,, I know Mr. Fletcher is in heaven. My memories are of little league years,,, early when my father coached with him up to playing his team in city championships (dang lost 1-0). A wonderful gentleman, role model and friend of our family.
Comment Share
Share via:
MG

Posted Jun 26, 2020 at 03:39pm
May you rest in peace in Heaven to be reunited with your loving wife. On behalf of Michaele Galvan who was a friend and acquaintance of Tom, I am sending her deepest sympathy to his family on the loss of such a blessing to his wife and family. Tom was such a blessing to everyone he knew and was a kind gentleman with such a great sense of humor. Michaele used to carpool with him to Raytheon in White Sands and they shared such memories and laughter. Michaele is in heaven and Tom went to her services and we were so happy to see him there. Thank you Jesus for Tom Fletcher's life. Angels around you and I will see you in heaven again. Respectfully submitted, Michaele Galvan in Spirit.
Comment Share
Share via:
F

Posted Jun 26, 2020 at 02:56pm
Tom was a sweet kind hearted cousin.
We would take out time to come see my dad when he was in the hospital. He loved my dad like a brother.
He will be missed. I count on meeting him on the other side.
Comment Share
Share via:

Posted Jun 26, 2020 at 02:11pm
God bless all of you, My dear brother Tom will be missed He loved his family and God, and was very serious about all he was involved in. He carried A ray of sunshine where ever he would go with his blazing personally and Huge,huge heart.love ,& prayers Cuz Ruth sister Luva Bolt. 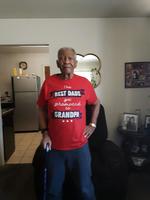 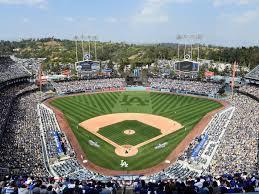 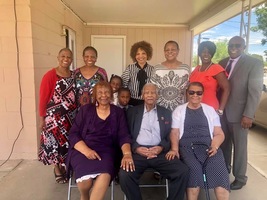